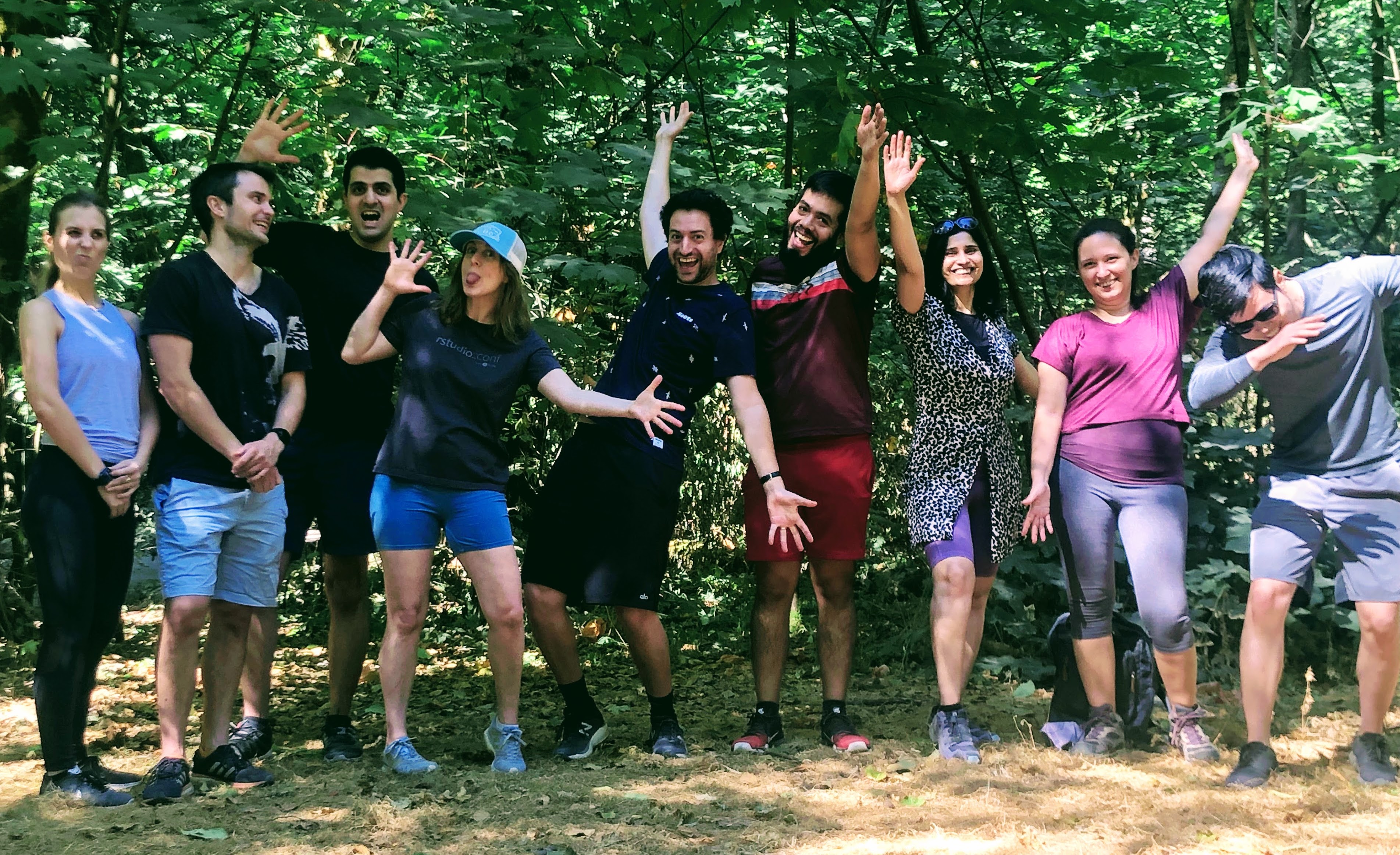 Courses in the UBC Master of Data Science - Vancouver program are primarily taught by our core teaching team. The team is in constant communication to share ideas, support each other, and collaboratively build the best program we can. These are the faces that you will be seeing every day throughout the MDS program. 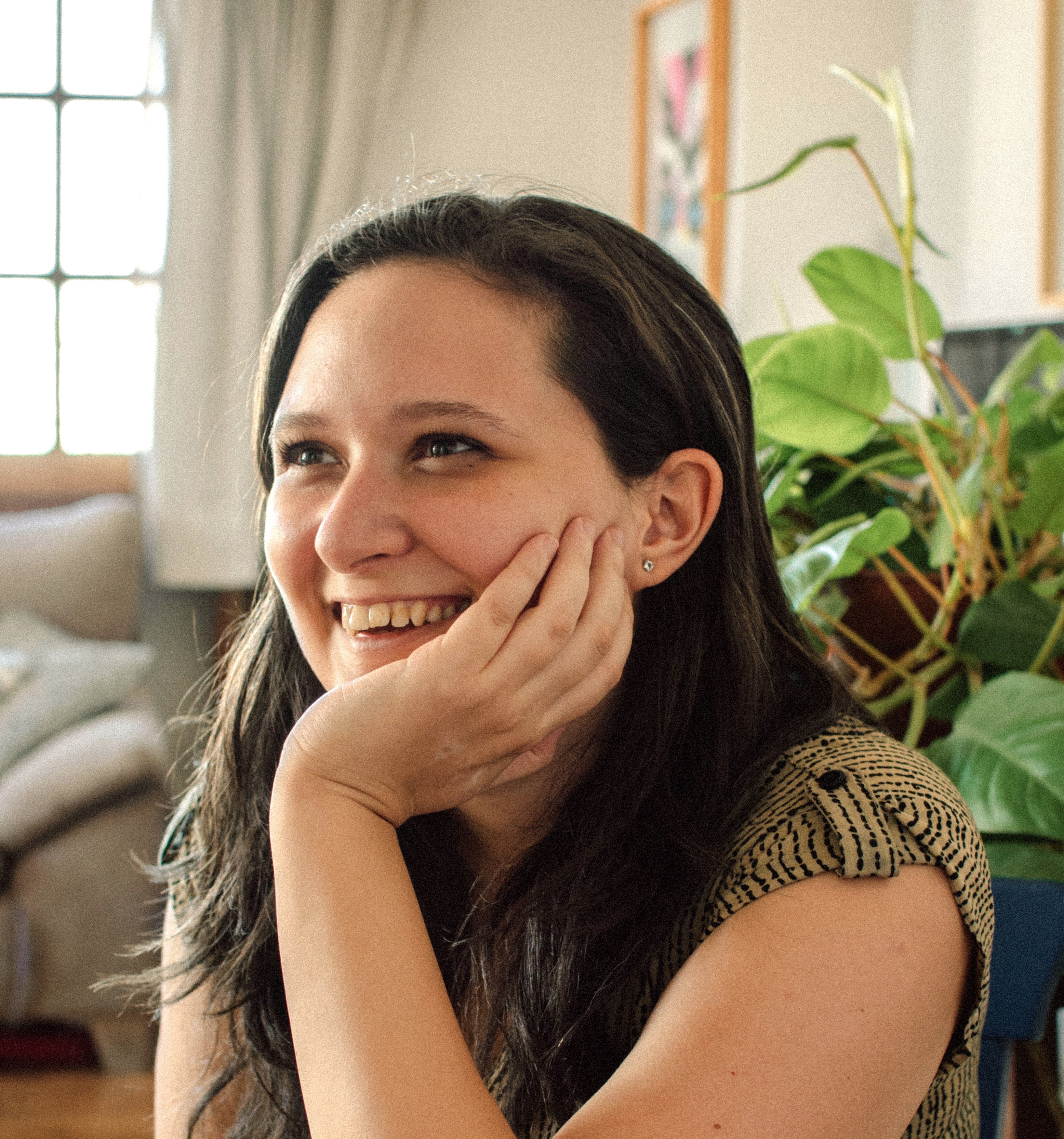 Florencia D'Andrea joined the MDS team at UBC in the summer of 2021. Florencia's field of work has been ecotoxicology, specializing in Pesticide Risk Assessment. She studied at the University of Buenos Aires where she obtained her Bachelor's, and Doctorate in Biology. During her PhD, she worked with multiple databases and used a model to simulate the environmental fate of pesticides. Florencia has a teaching degree at the University the Buenos Aires. She has been an instructor for The Carpentries and is an RStudio Certified Trainer for Tidyverse and Shiny. When Florencia is not teaching or working, she can be found listening to podcasts, hiking or doing yoga. 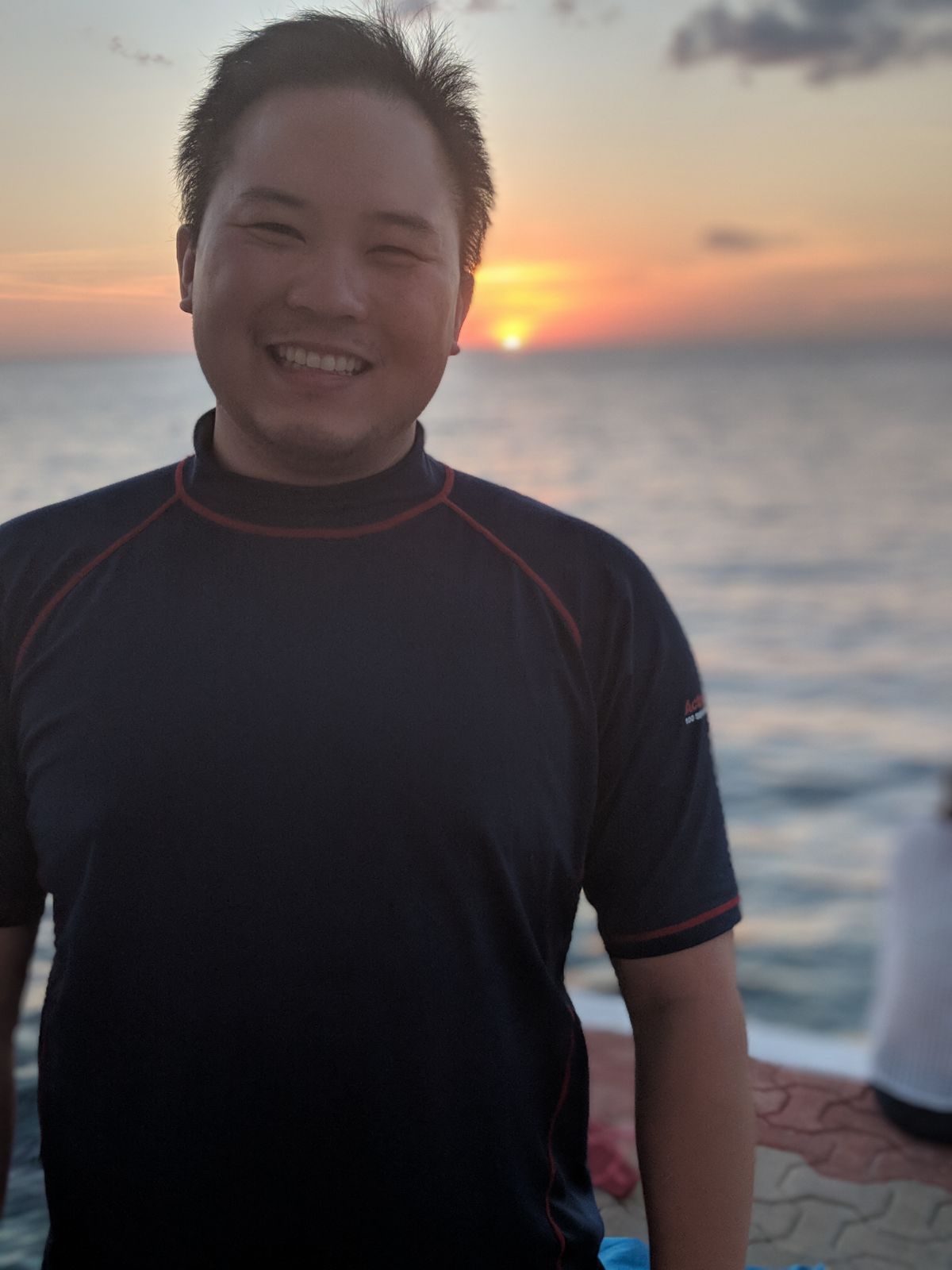 Daniel Chen joined the MDS program in March 2022. They were born and raised in New York City where they also got their BA in Psychology and Behaioral Neuroscience (Macaulay Honors College at CUNY Hunter College), and a MPH in Epidemiology (Columbia University). They left the city life for rural Southwest Virginia to do their PhD in data science education in the biomedical sciences (Virginia Tech). Vancouver hopes to combine the bustling life of a city with the peacefulness of the great outdoors. Daniel hopes to bring his experiences with communities of practice (The Carpentries) and industry (Consulting and RStudio) to teach and inspire the next generation of data scientists make the world a better place. When Daniel is not teaching you can find him in the tranquil world of underwater caves, on top of the world with a snowboard, or at a computer learing how to CAD design something to print on his 3D printer.
In the last 6 months, Daniel learned how to use a lathe and mill to make a lightsaber! Daniel's favorite data science topic are reproduciable and collaboratice workflows. Learn more about Daniel here. 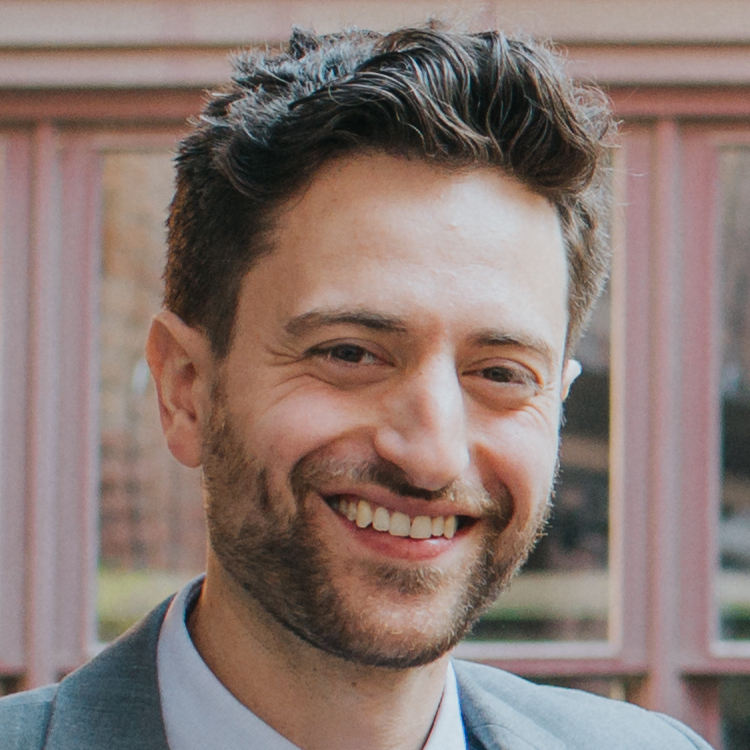 Mike Gelbart joined UBC in 2015 and was part of the team that designed the MDS curriculum. He attended Princeton University where he obtained an undergraduate degree in physics and worked on research projects in biophysics. Mike then changed directions and received a PhD from the machine learning group at Harvard University. Mike is passionate about education. Recently he has co-founded the Vancouver Independent School for Science and Technology, a not-for-profit STEM high school. When Mike isn't teaching, you can find him at home with his kids or driving them somewhere new, riding his bike or playing video games.

In the last 6 months, Mike has learned that graph neural networks are becoming an increasingly popular and powerful tool for harnessing network data. He also learned how much temperature affects the quality of his sleep.
Mike's favourite data science topic is interpreting ML models.
Learn more about Mike here. 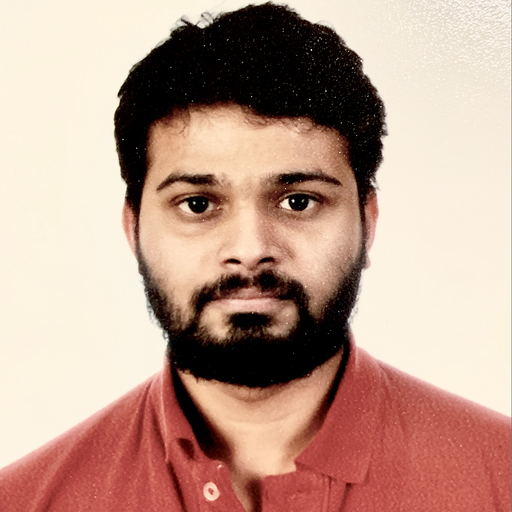 Gittu George became a part of the MDS team in the spring of 2021. He graduated with a Bachelors of Computer Science from Mahatma Gandhi University and completed a Master of Science from the University of Houston in the same field but specializing in Big Data Analytics. He furthered his education in the field of Bioinformatics by obtaining a PhD from the University of Dundee. In his research he explored new ways of visualizing GWAS across multiple phenotypes by creating a 3D ‘landscape'. 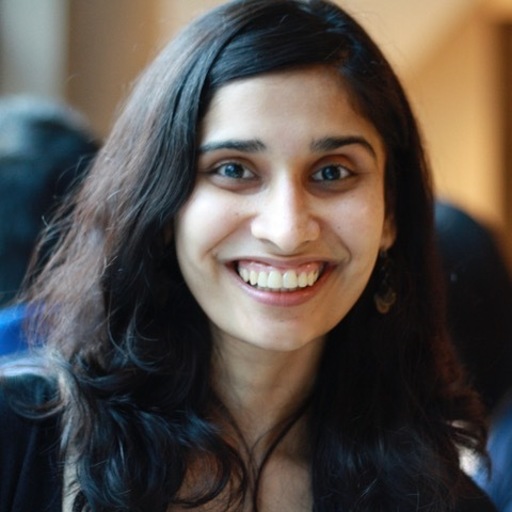 Varada Kolhatkar joined the MDS program in October 2018 as a teaching and research postdoctoral fellow. She was born and raised in Pune, India, where she completed her undergraduate degree in Computer Science. After working in industry for two years in India, she pursued her Master’s degree from the University of Minnesota Duluth and a Ph.D. degree from the University of Toronto, both in Computer Science, specializing in Computational Linguistics. Varada spent two years at Simon Fraser University as a post-doctoral fellow, where she developed datasets and computational tools that will help keep online communities engaged in constructive discussions. When Varada is not in the classroom you can find her biking, cooking or in Victoria.

In the last 6 months, Varada has learned that it's not easy to buy a home in Vancouver.
Varada’s favourite data science topic is unsupervised learning.
Learn more about Varada here.

Originally from Vila Velha, a coastal town in Brazil, Rodolfo Lourenzutti has a long-standing passion for data analysis, which drove him to pursuit a B.Sc and M.Sc in Statistics at the Federal University of Espírito Santo, and Federal University of Minas Gerais, respectively. For his PhD, Rodolfo switched fields to computer science, in which he obtained a PhD from the Federal University of Espírito Santo. Rodolfo has a diverse experience in Brazil as well as Canada. During his Ph.D., he spent 10 months working at the department of Electrical and Computer Engineering at University of Alberta. After completing his doctorate, he worked as Postdoctoral Fellow at University of Alberta in the Department of Civil & Environmental Engineering for 18 months. Rodolfo has taught in MDS for two years, and joined UBC’s STAT department in 2020. 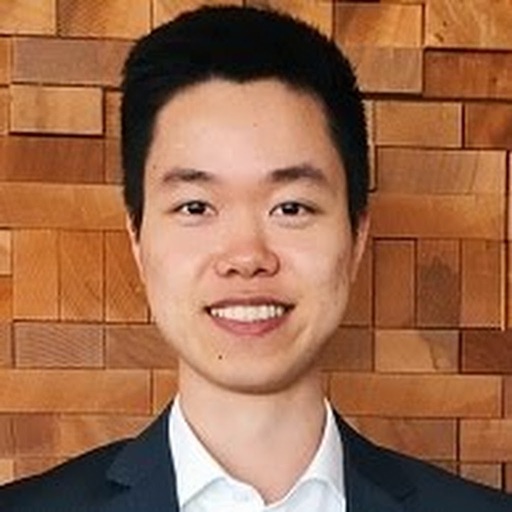 Quan Nguyen began his teaching role in the MDS program at UBC in the summer of 2021. Prior to joining UBC, he was a Postdoctoral Research Fellow in Learning Analytics and an Adjunct Lecturer in the Master of Applied Data Science at the University of Michigan. His research applies statistical and machine learning techniques on large-scale clickstream data from learning management systems to predict student performance and interactions. Quan completed his Ph.D. in Learning Analytics from The Open University and received his Bachelor’s and Master’s degree in Economics from Maastricht University. In his spare time, Quan enjoys playing soccer, basketball, guitar and piano.

In the last 6 months, Quan has learned how to use AWS Sagemaker.
Quan's favourite data science topics are time-series, network analysis and asessing biases and fairness in machine learning models.
Learn more about Quan here. 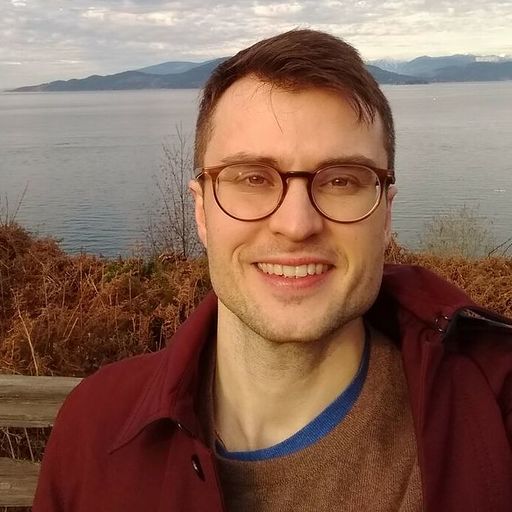 Joel began his involvement with MDS as a TA while working on his PhD and joined as his current position, in the Summer of 2020. During his PhD, Joel developed a passion for data science and reproducibility through the development of quantitative image analysis pipelines for studying stem cell and developmental biology. He has since co-created or lead the development of several courses and workshops at the University of Toronto and the University of British Columbia. Joel cares deeply about spreading data literacy and excitement over programmatic data analysis, which is reflected in his contributions to open source projects and data science learning resources. Outside of the classroom, Joel can be found playing soccer, hockey, hiking or on the beach.

In the last 6 months, Joel has learned the beginnings of meditation.
Joel's favourite data science topics are visualization, ethics and clustering.
Learn more about Joel here. 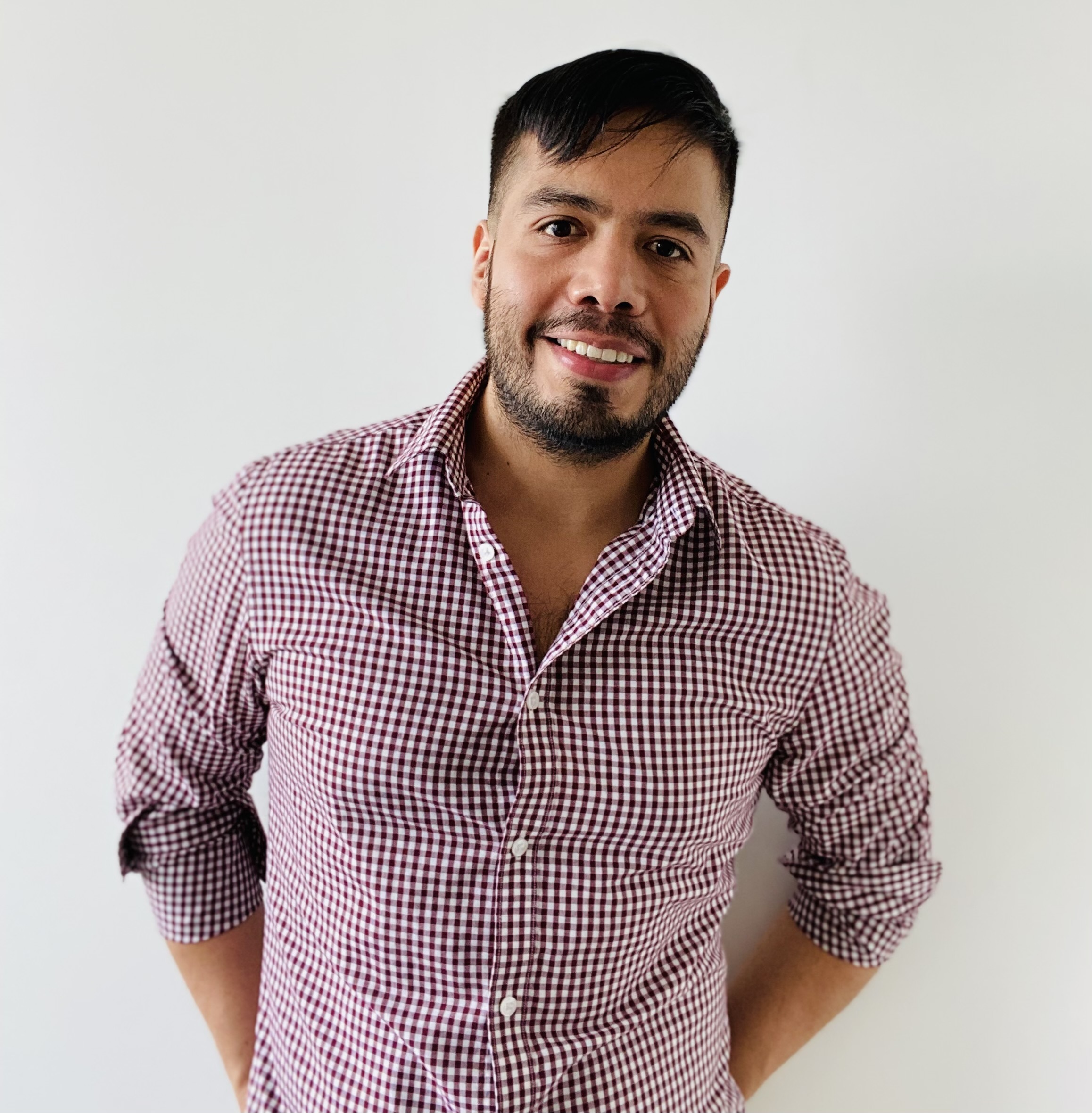 Alexi commenced his current role at MDS in January 2021. He completed his PhD in Statistics at the University of British Columbia in 2020. Born and raised in Mexico, he pursued an undergraduate degree in Industrial Engineering and a master's degree in Applied Statistics at Tecnológico de Monterrey. His machine learning research focuses on computer experiments that emulate scientific and engineering systems via Gaussian stochastic processes. Moreover, he has professional experience in the financial sector along with statistical consulting. When Alexi is not working and teaching, he can be found swimming, trying out new restaurants, or exercising.

In the last 6 months, Alexi has learned about the many different ways that machine learning and statistics are connected.
Alexi's favourite data science topics are those involving statistics, specifically, inferential tools.
Learn more about Alexi here.

Arman Seyed-Ahmadi joined The MDS program in July 2021. He obtained his undergraduate degree from Urmia University of Technology in Mechanical Engineering and a Master's degree in Computational Fluid Dynamics from the University of Tabriz. Arman dove deeper into computational physics and continue his studies in the field by completing a doctorate from UBC. His research involves large-scale numerical simulations of particle-laden flows based on first principles, which he utilizes in developing physics-informed data-driven models. When Arman is not working, he is either reading, playing the violin or biking.

In the last 6 months, Arman has learned the importance of ethics in data science and some basics of AWS.
Arman's favourite data science topics include physics-informed machine learning and statistics.
Learn more about Arman here.

Tiffany Timbers, Co-Director and Assistant Professor of Teaching (On Leave) 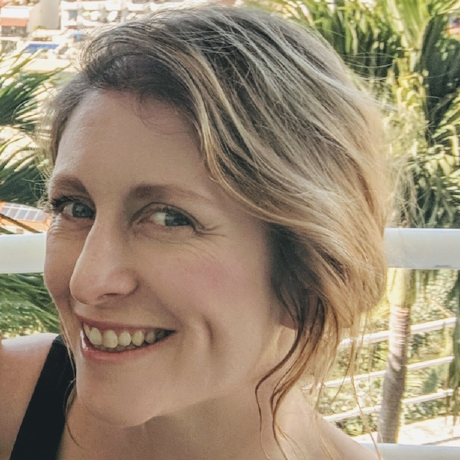 Tiffany joined the founding team who developed the Master’s of Data Science program at UBC as a Postdoctoral Teaching and Learning Fellow. She received PhD in Neuroscience in 2012 from UBC, following which she held a Banting Postdoctoral Fellowship at Simon Fraser University where her research focused on cell biology & genomics. This postdoctoral research was data intensive and required the application of data science and statistical methodologies. In 2018, she joined the Statistics Department at UBC as an Assistant Professor of Teaching. She primarily teaches courses courses on introductory statistics and data science, computer programming, reproducible workflows and collaborative software development.

Betty Zhao joined the MDS program in January 2022 as a course coordinator. She was born in Johannesburg but grew up in Shanghai. She has also lived in Gaborone for six years before coming to Vancouver. She pursued her undergraduate degree in combined major Business and Computer Science at the University of British Columbia. When Betty is not working, you can find her exploring new food, watching anime, or playing games.

In the last 6 months, Betty has learned the basics of working out and cooking without blowing up the kitchen.
Learn more about Betty here.